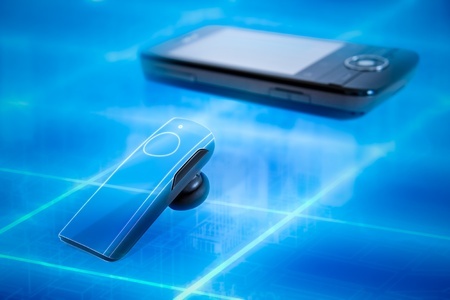 Bluetooth World was held this week at Levi’s Stadium, in Santa Clara, CA. The conference is meant to be a showcase of ideas by various companies, technology leaders, and developers that are trying to deliver on the promise of the IoT. The focus of the conference was on Bluetooth Low Energy/Bluetooth Smart, with many Bluetooth related products on display and industry thought leaders and company executives presenting their latest thoughts on the wireless and IoT ecosystem.

Bluetooth Smart is embedded in chips that are used in many different products: from cell phones, to wearables and various home networking devices, all have integrated Bluetooth, primarily in a single, small form factor, low power chip. 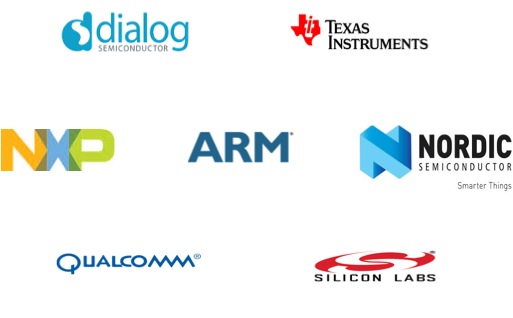 As you would expect, many of these chip suppliers were present. From heavy hitters such as TI, NXP,  Qualcomm, and Silicon Labs, to emerging companies such as Dialog and Nordic, and even IoT latecomer Cypress Semiconductor, all were showing off their latest products. Our takeaway from looking at these solutions was with few exceptions, these MCU’s have very little differentiation. For the most part, these devices offer a variation of MCU (mainly ARM Cortex M family), wireless connectivity and other peripherals. For example, Dialog states its SmartBond™ solution is the industry’s lowest power and smallest footprint Bluetooth® Smart solution. Nordic Semiconductor (a small Norwegian company) recently announced it has shipped over 1B units of its ULP (ultra low power) devices to date, given its ultra low power and small footprint. The other suppliers had similar product positioning statements.

The most interesting recent development in the chip space is from ARM, which is the CPU core supplier of choice for all things IoT. With its acquisitions last year of Wicentric (Bluetooth® Smart stack and profile provider), and Sunrise Micro Devices (sub-one volt Bluetooth radio IP), ARM formed its Cordio® portfolio. This portfolio complements ARM’s Cortex M family of processors, targeting IoT applications. From a competitive standpoint, ARM is now positioned to not only supply the CPU core, but it can now also include wireless IP, thereby leveling the playing field for many other chip and system companies who may not own their own wireless IP. Over time we will see if this strategy works for ARM but at this point the other MCU suppliers need to ramp up their innovation quickly in order to stay ahead of the competition.

2 of the more interesting products we saw were at opposite ends of the spectrum, one consumer and one developer related:

The first was a start up called Tile. The company has taken the simple concept of locating lost items and used Bluetooth technology to come up with a slick device that attaches to everything from your key chain, to the TV remote control, allowing you to locate lost items within seconds.

Lose less of everything, including your valuable time. – tile

The innovative part of their solution is actually the business model they employ. They believe they are one of the first companies to use “Hardware-as-a-Service” business model. The company sells these devices for $25 each (as low as $16 in bulk) at retail. The devices only last 1 year, given the casing needs to be sealed (tiles are water proof) and therefore the battery cannot be replaced. The consumer can turn in their old device and get ½ off their next device, presumably using the latest technology. We would not be surprised to see interest in Tile from some large consumer electronics companies. Longer term, I would expect to see competition from potentially lower priced suppliers particularly from Taiwan/China.

The second was Google presenting its “Physical Web” initiative, which is an open source approach to use the power of the web to enable device interaction on demand. 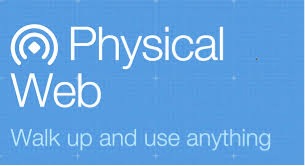 People should be able to walk up to any smart device – a vending machine, a poster, a toy, a bus stop, a rental car – and not have to download an app first. Everything should be just a tap away.

Today, the main method of interacting with new products you buy is through the product’s own app, which creates a huge bottleneck, and makes the concept of a “smart home” difficult to navigate. While several companies are trying to unify these devices/services, the core problem is the same: those apps have to keep up with an ever-expanding landscape of APIs and wireless protocols.

Google’s approach is to bypass the app and return to using URLs. The idea is basically to present users with a search engine for the world around them. Your browser will display URLs representing the beacon-style broadcasts of nearby smart objects.

According to Google’s Scott Jenson, the company is rapidly gaining traction and to date, has over 30 companies developing solutions to the “Eddystone” spec (Google’s spec for the Physical Web). It recently received an endorsement from Opera who announced it is adding it to their browser. The video below explains the concept further:

There is no doubt the IoT is taking shape quickly. Many new technologies that are being rolled out will change the landscape over the next several years and allow consumers to enjoy the benefits of connected devices. Bluetooth technology and ARM-based MCU’s will certainly remain the glue that holds these devices together, and company’s such as Google will hopefully enable it all to work together seamlessly.