Last week, MIT Technology Review held its annual EmTech Digital Conference in San Francisco. As was the case last year, the topic of discussion was Artificial Intelligence (AI). In this year’s conference, there was a wide mix of topics, covering autonomous vehicles, healthcare/medicine, AI products used at home, and AI in the enterprise, among others.

Several companies presented interesting technologies, such as Otto (self driving trucks), Nvidia (GPU’s used in healthcare), Amazon (Alexa), Skydio (self driving drones), Baidu, and many others. Our conclusion was although AI has continued to make solid advances, the future gains in technology and use cases will likely be evolutionary and incremental rather than revolutionary and sudden. From an application perspective, areas such as medicine and enterprise are far more likely to adopt AI-based technologies in the near term than consumer-facing applications such as autonomous vehicles. Within the next 5-10 years, however, we should see the shift to consumer applications occur as well. Here are a few areas that stood out for us:

Health care is an area we concluded would have more near-term impact than any other sector. Technologies such as IBM’s Watson and Nvidia’s high powered GPU’s are currently making research into difficult to cure diseases such as cancer much more advanced.

IBM, for example highlighted their quantum-computing platform, which it is currently testing across 45,000 users across 100 countries. The company is trying to commercialize this technology across several industries including medicine, financial services, cloud security and others. One real life example the company highlighted was the impossible task of tracking and digesting contents of scientific papers. Over 50M scientific papers have been published to date, and this number doubles every 9 years, making it difficult, if not impossible, for scientists to stay on top of the latest research. IBM’s technology is being used to go through both structured and unstructured data within these reports and issue summaries/reports that save time and cost.

Google showcased its AI solution being used in medical diagnosis. Specifically, it is targeting cancer, as this is an area where existing technology frequently misdiagnoses the problems. For example, breast cancer is misdiagnosed 1 out of 12 times, which is relatively high. Google’s technology is targeted at drastically reducing these issues.

While Nvidia’s GPU’s are used across multiple applications, Kimberley Powell, head of the company’s healthcare effort, discussed how its GPU’s are using deep learning to improve medical imaging. Their presentation highlighted several examples of images using their technology to discover hard to find tumors and other problem areas. 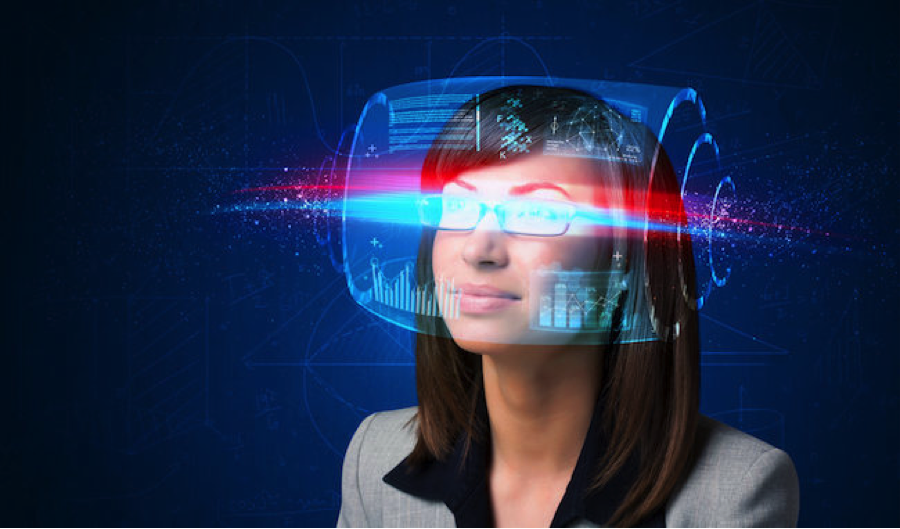 Tom Reid, VP of Amazon’s Alexa mainly discussed the current use cases for Alexa, stating the main selling point of Alexa is it makes the use of technology within the home much easier. In the future, Alexa will become more conversational, and also available not just in the home but other devices such as in cars, which would be an interesting application. However, he did not outline any timetable for this shift.

Lior Ron, co-founder of the Uber owned driverless vehicle company Otto presented their vision of autonomous vehicles. His presentation largely focused on trucks, where they believe we will see the initial and most impactful change. Mr. Ron believes we will see driverless trucks in the market within the next 10 years.

Skydio’s CEO Adam Bry showcased the company’s consumer drones, which use traditional machine vision rather than more modern deep learning techniques. Skydio is targeting autonomous cinematography. Mr. Bry’s presentation included impressive videos of a drone flying overhead from a consumer taking live video of the target, whether riding a bike or jogging through the woods. The drone’s technology is impressive, in that it not only needs to follow its target, it also needs to detect obstacles in its way. This drone is targeting both consumers as an add to their GoPros, and Hollywood for hard to capture cinematography.

Start up Clarifai showed its machine vision technology, which it is using for image and video search. The company offers an image and video recognition API targeting developers who would integrate it into their apps. While impressive, it appears this technology is still early in its progress.

Salesforce showcased its “Einstein” solution, which the company said is available currently. Einstein provides AI-based functions such as predictive scoring (predicting sales leads and opportunities), forecasting the value of opportunities, and recommended next steps to close a deal. Areas they see AI headed are natural language processing, understanding emotions, and motor control.

Microsoft’s Peter Lee (VP, Research) discussed the fact that despite many companies such as Microsoft, Google and others having developed high powered enterprise solutions using machine learning, these solutions are simply too cumbersome to customize to be used by end customers at the moment. For example, Microsoft has developed an AI-powered system that helps its sales people close deals. Mr. Lee believes it is still several years away from commercializing this technology. In the near term, applications such as Microsoft’s text to speech remain widely used.

AI is certainly one of the hottest topics in tech currently. EmTech Digital was a fantastic conference that brought together several of the industry’s important players. While there has been much press about concerns over the possible negative impact of AI on humanity, we see more positives coming particularly in the areas of healthcare and medicine. We look forward to next year’s event.