Every month our company Bitnavi takes some time to explore the stories of powerful and influential women in technology. These are women who we see as important in their fields and leading a legacy that will change the face of the technology industry. Although the tech industry is changing, it is still mostly a boys club, and overwhelmingly white according to a study done by Fortune.

The focus of our Women in Tech series today is Ursula Burns, who is not only a powerful woman in the tech industry, she is also the first black woman to be the CEO of a Fortune 500 company.

Originally from New York City, Ursula Burns attended a Catholic High School on East 56th street. Burns was raised by her single mother who worked hard to get Ursula into that school. In her early life, Ursula credits her mother’s encouragement as one of the factors that helped her follow her dreams and push herself to becoming a Mechanical Engineer.

She joined Xerox in 1980 as a mechanical engineering summer intern, but quickly earned herself a permanent position. She held several positions in engineering such as product development and planning. In June of 1991 she was offered the position of executive assistance to the Xerox chairman and the CEO, Paul A. Allaire. In 1999 she was made vice president for global manufacturing. Amid some strife in 2000, Ursula almost quite Xerox, but discovered how valuable she was to the company after many of her superiors told her they couldn’t afford to let her go. It was then she realized she might have the opportunity to be in charge of Xerox one day.

18 years after she was offered the position as executive assistant to the CEO of Xerox, Burns made headlines when she became the first black woman to be the CEO of a Fortune 500 company. She replaced Anne Mulcahy on July 1st and made history again by being the first woman to replace another woman at a Fortune 500 Company. Shortly after becoming CEO to Xerox she spearheaded the largest acquisition in the history of the company, the $6.4 billion purchase of Affiliated Computer Services. Today this purchase makes up 50% of the company’s total revenue. In 2010 Burns assumed the role of chairman of the company on May 20th, 2010.

“Ursula’s deep industry experience and relationships along with her proven leadership skills will be valuable assets for the Document Technology company and will help ensure a smooth transition to a new management team,” said Ann Reese, Xerox’s lead independent director 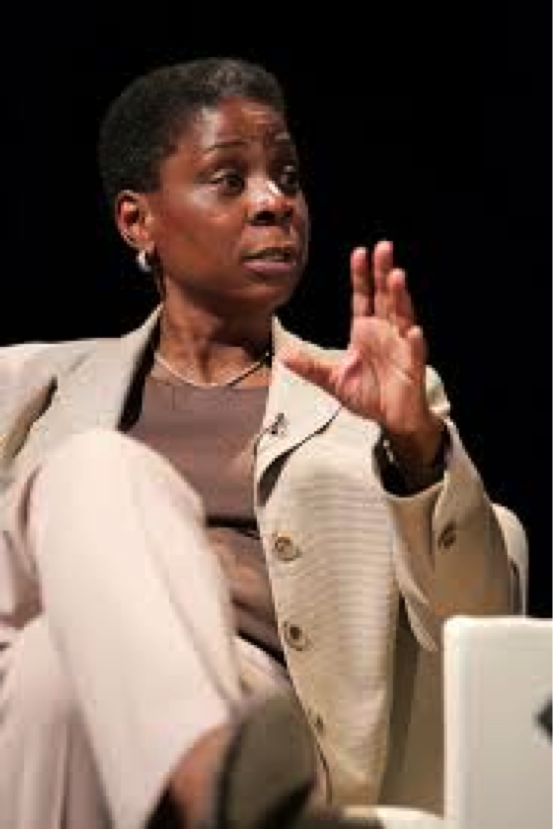 In 2009 she was appointed to help lead the White House national program in the STEM fields. (Science, Technology, Engineering and Math) and in 2010 President Obama appointed Burns as the vice chair of the President’s Export Council. The Export Council serves as the principal national advisory committee on international trade.

During her career, Burns has served on numerous professional and community boards. Exxon Mobile, American Express, Boston Scientific, FIRST (For Inspiration and Recognition of Science and Technology), National Association of Manufacturers, University of Rochester, and the MIT Corporation round out the list.

In 2015 Burns helped generate $18 billion in revenue, with adjusted earnings per share of 98 cents, all down slightly from a year earlier. And in 2015 she was listed 29th on the Forbes 100 most powerful women.

This year Burns has stepped down as the CEO, as Xerox is splitting into two separate companies. One will be a document technology company with the name Xerox Corporation and will continue to operate as the Xerox we know and love. And the other will be a Business Process Outsourcing Company named Conduent Incorporated.

It is unclear what Ursula Burns will be up to next, she may move on to her next CEO position or she may just retire. Either way, Ursula Burns has been a powerful force for change in the world, not just at her own company, but in the field of STEM education and the United States Government as well.