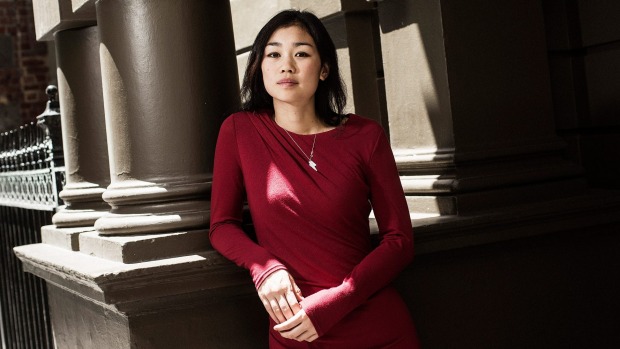 In our Women in Tech series, we have done our best to cover women from many different backgrounds, who all work in different sectors of the Tech industry. Past articles have covered Susan Wojcicki (CEO of YouTube), Ursula Burns (First black female CEO of a fortune 500 company, Xerox) and Padmasree Warrior (CEO of NextEv), each a titan in their own right and in their own industry.

Today we want to talk about a young woman who is just starting her career in tech, but has already proven herself to be a powerful force for change. This Women in Tech series would be amiss if we did not mention Silicon Valley native and famous Pinterest engineer Tracy Chou.

Ms. Chou grew up in the technology rich Silicon Valley, with two parents who were both programmers who immigrated from Taiwan. She went to Stanford University and received her Bachelors in Electrical Engineering and Masters in Computer Science.

Her experiences at Stanford only just began to prepare her for the challenges she would face as a female software engineer in Silicon Valley. She reported feeling undervalued and talked down to because she was a woman, and a feminine woman at that, preferring dresses and makeup to the traditional hoodie and jeans of the male programmers in her field.

“She recalls once attending a programming conference in a dress: People, she says, looked right past her. The next day, she wore a T-shirt and jeans—more traditional, if male, programmer attire—and everyone wanted to talk.” – Vogue.com

After an internship with Facebook, she hadn’t really considered a career in software engineering. Fortunately, the company Quora approached her with a position as an engineer and she took it, starting off her active career as a software engineer. Shortly after that in 2011, in the early days of Pinterest, she was recruited to work as one of the company’s first 15 employees. She recently wrote a blog post about her experience getting hired there, and four years later left the company to start her own.

During her time at Pinterest, she began to notice what had always bothered her in school, which was an unfortunate reality of a female programmers working life. There were barely any women in the rooms when she went to company mixers or programming events, and the women that did show up were often ignored or their accomplishments were downplayed. 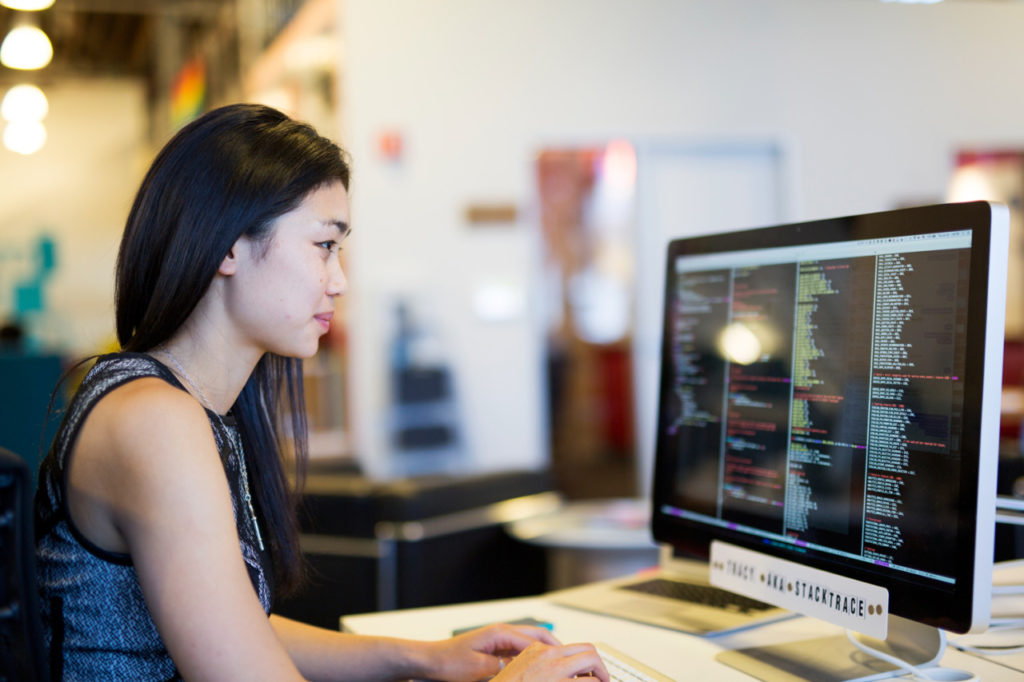 As a programmer, she sought to solve this problem with numbers. Where were all the women in the tech industry? Unfortunately, it became clear that getting accurate numbers from companies about the diversity in their workforce was going to be very difficult. With companies often including non-technical jobs to pad their workforce diversity, or straight up refusing to release their data to the public, Chou decided to create her own solution to this problem.

In her famous blog post, Where are the numbers? Chou reviews her own experiences as a woman in the tech industry and how difficult it was for her to find accurate numbers on her peers in other companies. She also states how important diversity in tech companies is and how without an accurate understanding of the problem, we cannot possibly find a solution.

“While companies do talk about their initiatives to make the work environment more female-friendly, or to encourage more women to go into or stay in computing, there’s no way of judging whether they’re successful or worth mimicking, because there are no success metrics attached to any of them.” – Tracy Chou

Her blog post asks for specific tech jobs to be reported and submitted to Tracy Chou’s data set on GitHub. Her blog post was originally posted in 2013, and as of this writing the data set has a total of 256 companies reporting employee gender demographics. On the Google Spreadsheet she uses to display the information, you can clearly see companies like Facebook, DropBox and other tech giants have a dearth of female talent in their engineering departments. More than a few companies report zero female engineers.

Chou has since left Pinterest to work as a consultant for the United States Digital Service and to start her own company in December of 2015: Project Include.

At the United States Digital Service she helps improve the US Government’s technology facing portals more efficient and citizen friendly. With her company, Project Include, she works with several other women to put into practice her beliefs about having a diverse workforce, by making racial and gender diversity a priority for leaders in the tech community.

Tracy Chou is just launching her career as a powerful woman in the tech industry, and we have no doubt that as she moves forward she will continue to be a force for change and inspiration to other women in her industry.