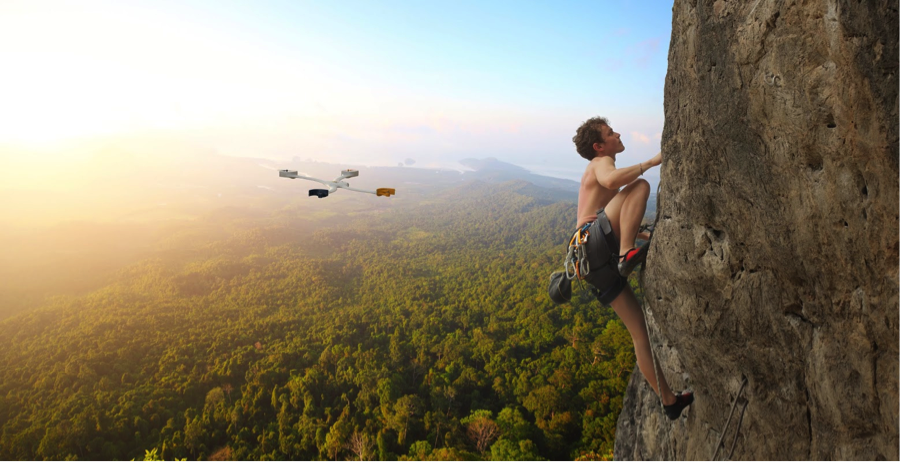 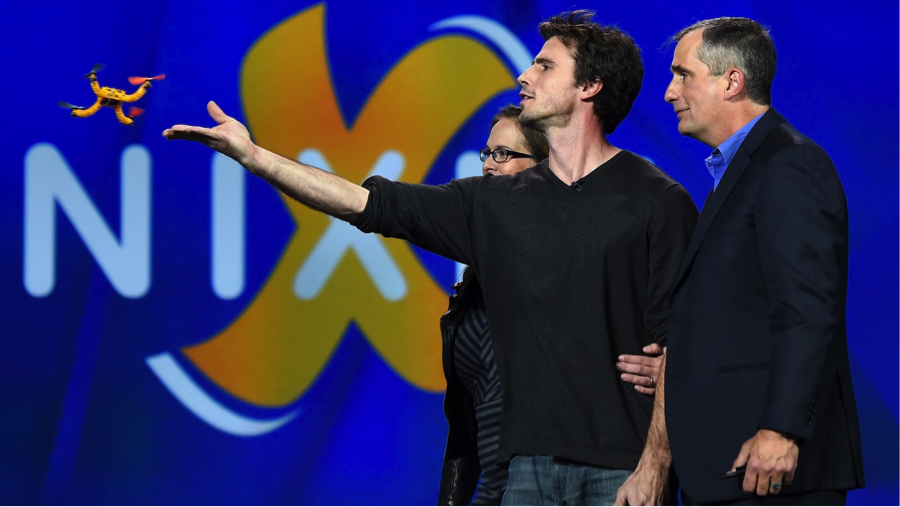 Named after the playful water spirit of Germanic Mythology, Nixie is the first wearable camera that can also fly. Known by the internet as the ‘selfie drone’, this fun sized camera is hoping to change the way people use camera equipment.

Nixie is a wearable camera wrist band that wraps itself around your wrist, and with a light flick, will fly off and become a controllable drone with a camera mounted on its front. Nixie has many uses, but the primary function is to fly away from you, take a photo, and fly back to your wrist.

Nixie’s concept was dreamed up by Christoph Kohstall and later went on to win the Grand Prize at the Intel Make it Wearable Challenge with his partner and now COO Jelena Jovanovic. Christoph, a Stanford Physics engineer, came up with the idea tinkering in his garage. He asked for help from Jelena (lead technology engineer at Google) and together they are using the $500,000 in seed funding from the Make it Wearable Challenge to finish what they started.

Not only did they receive $500,000 in seed funding from Intel, they also received mentorship, design assistance, and technical support. Currently they are backed for $5 million by AME Cloud Ventures, Playground, Redpoint, Felicis Ventures, and Tencent.

So how does Nixie work?

Boomerang Mode: This mode is what gave Nixie the nickname, the selfie drone. It allows the user to gently throw the camera, Nixie then flies at a set distance from the user, takes a photo, flies back and attaches to the user’s wrist.

Follow Me Mode: In this mode, Nixie will fly away from the user and take a third person video recording. Nixie will follow you through the woods on a mountain bike, up the wall on a climb or down the hill on a snowboard, recording the whole time.

Hover Mode: Hover Mode allows the user more hands on control of where Nixie films or takes photos. Using the controls on a smartphone, the user can control the mini drone and take photos and video from any angle.

Although this tiny wearable drone could have many uses, Nixie is going to be primarily marketed to rock climbers first.

“It will give rock climbers something they can’t get, which is this amazing perspective on their sport,” – Jelena Jovanovic, COO at Nixie

Nixie is not out of it’s development stage just yet, and according to their website they are still hiring. As startups go, Nixie is well on it’s way to being an incredibly successful wearable device company. If you are interested in getting updates on Nixie and it’s release dates, you can sign up for their email list and make sure you know when this little drone is released. If Nixie is successful, this will change the way we use photo and video technology. Shooting film for movies, news stations’ recording footage, and televised sports would all change. The possibilities are endless.