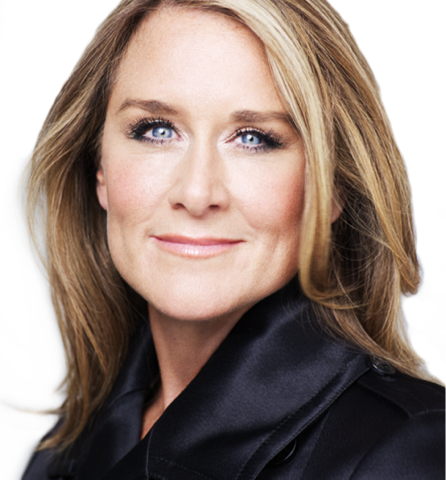 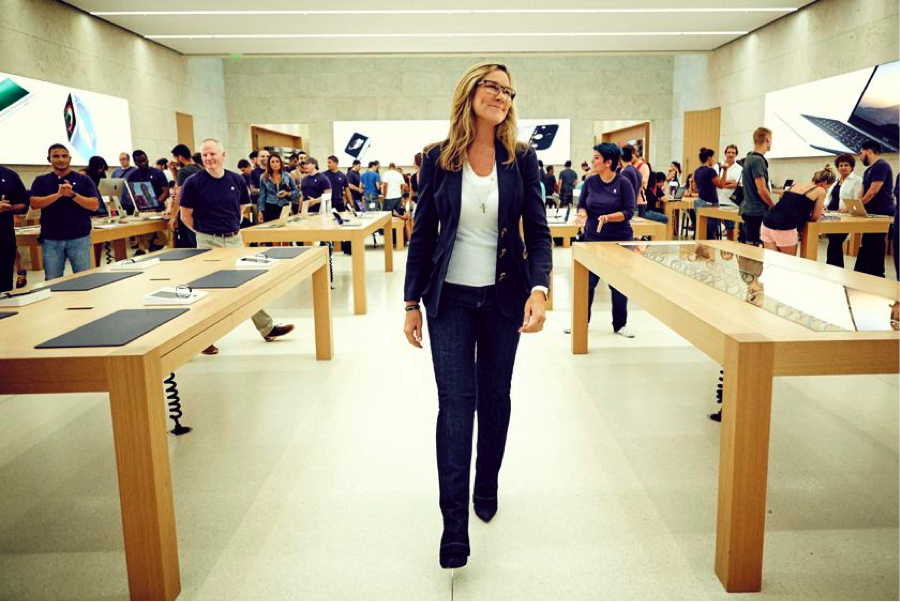 Each month we try our best to cover women in technology who are making changes and leaving powerful legacies in their wake, and this month is the powerful and inspiring Angela Ahrendts. Our Women in Tech series would be incomplete if we didn’t cover one of the most powerful women in tech and Senior Vice President of Retail at Apple Inc.

Growing up in the small midwestern town of New Palestine, Ahrendts was one of six siblings. Her father taught her to think of others before herself and her mother taught her to demand more from life than what was just ‘fine’. She had a Christian upbringing and remains so to this day. Early in her life she was enthralled in fashion, burying herself in her mother’s fashion magazines and sewing her own clothes.

When she went to university at the Ball State University in Indiana, she had her heart set on being a designer. It became clear early on that she was far too opinionated to make it as such. A kindly professor took her aside and informed her: “We call that a merchant.” She graduated with a degree in Marketing and Merchandising Degree.

After graduating she bought a one-way ticket to New York and began working with the bra maker Warnaco. Over the next few years she worked her way up to being the president of Donna Karan, then became the vice president of Fifth & Pacific Companies. Her time at Fifth and Pacific Companies led her to becoming the president of Corporate Merchandising and Group President, responsible for the merchandising of the groups 20 plus brands. In 2002, she was promoted again to serve as Executive Vice President, with full responsibility for the complete line of Liz Claiborne products, services and development across both women’s and men’s lines.

Ahrendts became the CEO of Burberry in 2006 and helped pull the company through serious economic recession and completely revitalized the Burberry brand. She established the UK’s only fashion super brand that could compete with the European houses of Louis Vuitton, Prada and Gucci. While she was boss, the company’s share price went up threefold and in 2013 she became Britain’s highest paid chief executive on the FTSE 100 company list.

Currently she serves as the Senior Vice President of Retail and Online Stores for Apple Inc. and has been leading positive change for the company since 2014.

From an interview with Forbes she said the following about her first few months at Apple.  “I didn’t dare say anything prior to six months,” Ahrendts says. “My dad used to tell me, growing up, ‘It is better to remain silent and be thought a fool than to open your mouth and relieve them of all doubt.’ So I kept remembering that and chose not to over communicate.”

She took this advice so seriously that she embarked on a ‘Hillary Clinton style listening tour’. She visited more than 100 stores, call centers and remote offices so she could answer questions hear complaints and give support where she could.

The introverted Cook lights up when asked how Ahrendts has done in her 16 months at Apple. “It felt like she’d been here a decade her first day,” he says. “I knew she was going to be off the charts, but she’s even more off the charts than I thought. She came in so fast, there was no [learning] curve. I’ve never met a single individual like that before.”

Ahrendts is the kind of person who can conjure passion from anyone. She gave an excellent TEDx talk in 2014 about her beliefs on energy and how human energy is the most important resource for a company to foster.

Since 2000 she has accumulated over 15 notable awards including being on Forbes’ 100 Most Powerful Women in the World 7 separate times. She was named Honorary Dame Commander of the British Empire, and awarded a Coat of Arms in April 2014.

In February she launches an internal app for employees to lodge complaints and request improvements. They had an internal system before but it wasn’t widely used. Now, Ahrendts says she reads every comment and has someone from her team respond within 48 hours.

“The more technologically advanced our society becomes, the more we need to go back to the basic fundamentals of human communication.”

As Apple continues to change and grow Cook and Ahrendts are working together to tackle the diversity gap in technology. They hope that getting more women and minorities coding that they can ‘move the dial in a major way’.

In the last few weeks Ahrendts was promoted to Senior Vice President of Retail. At only 56, Ahrendts has a long and successful career ahead of her. The question is, what will she do next?