This week our tech roundup focus is on Intel’s mixed reality headset and Uber’s self driving cars. Although there were many other interesting tech announcements, such as Spotify’s portal for gaming music, these 2 items seemed like the most relevant. 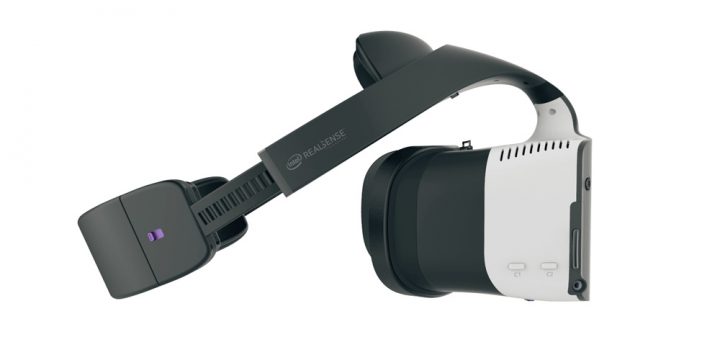 This week, Intel held its developer forum (IDF) in San Francisco. Sifting through the huge pile of technology announcements, the one that caught our eye was their new VR headset. Code-named Project Alloy, this new reference design is a cordless system Intel says contains everything you need to have a VR experience without all the extra (and expensive) components. This includes the GPU (for graphics that create virtual images), an internal batter, and 3D cameras and sensors powered by Intel’s RealSense motion tracking tech. Intel calls this technology “merged reality”. It blends images from the real world like handheld objects into virtual environments. Microsoft also announced the Windows Holographic platform, with which developers can make and run mixed reality apps, will come to all Windows 10 PCs next year.

What this means: Intel made its name and gained its stature in technology by economizing the PC. Its processors are at the heart of the vast majority of the world’s computers today. As this market has slowed, Intel has been expanding into adjacent areas such as data centers and other areas to drive growth. Their acquisition of Altera was one such strategic initiative. Their latest move into VR is another strategy designed to sell more processors and ignite growth. Project Alloy is a reference design that will allow multiple manufacturers quickly get into the VR headset market using off the shelf components. This will drive down costs and increase volumes of not only the headsets but also increase traffic in data centers. Basically it will bring cordless, lower-budget system for the masses. The Microsoft angle means any VR or AR headset, and not just the HoloLens, will be able to run 3D and even standard, 2D apps designed for Windows 10.

In an interview with Bloomberg, Uber’s CEO Travis Kalanick revealed a big surprise. Uber’s previously discussed self-driving cars will be rolled out in Pittsburgh. These could show up on streets as early as August or September of this year. Unlike Google’s self-driving car, Uber’s solution is based on technology developed by a start up called Otto. Basically it’s a self-driving “kit”, an adapter that can attach to any existing car. Uber plans to deploy around 100 modified Volvo XC90s outfitted with self-driving equipment. Each car will have an Uber engineer and co-pilot on board to use when needed and to take notes.

What this means: Although the entire tech industry has been focused on Google’s self-driving car efforts, Uber quietly beat them to market. The company is even starting an R&D center to conduct research on self driving vehicles. Interestingly enough, Otto, the company Uber acquired, was started by former Googlers Anthony Levandowski, Lior Ron, Don Burnette, and Claire Delaunay. Levandowski led Google’s self-driving car efforts; Ron was an executive on Google Maps and Motorola, while other staff has spent time with Apple, Tesla and other notable automotive firms. Our thought on self driving cars is that there is a long way to go to make them mainstream. Short term, clearly this might be a better solution than Google’s. With Uber’s extreme valuation (over $60B and counting), they may become a leading player in this space. Only time will tell.