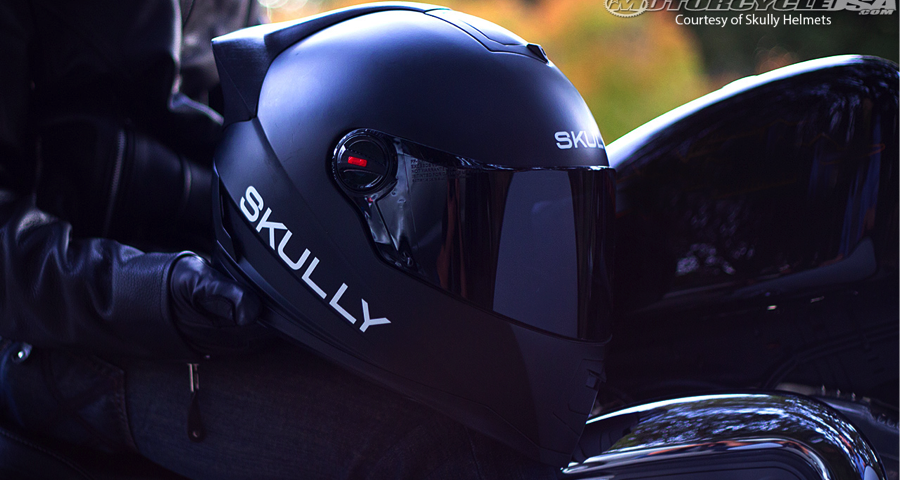 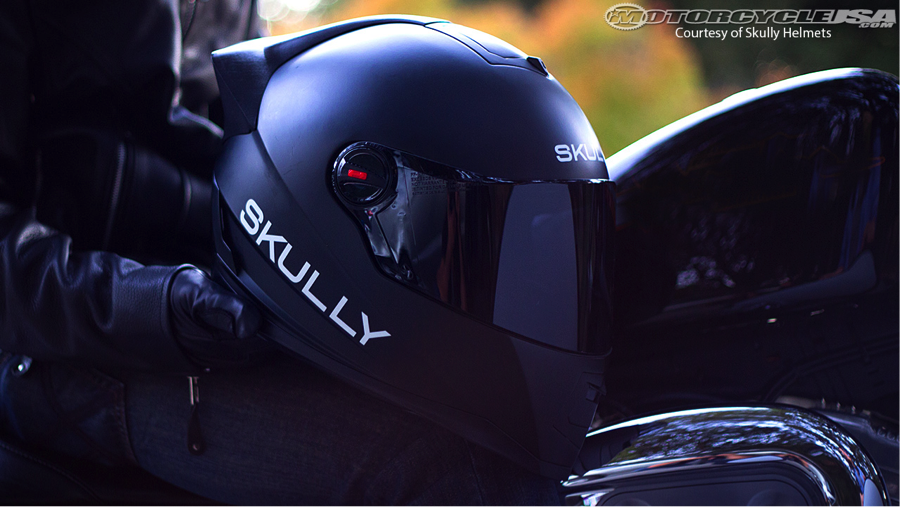 A few weeks ago we did a story on the Skully Helmet and its AR-1 model. This was the first in cutting edge technology for real time Augmented Reality (AR) enhanced gear. The AR-1 promised a heads up display, audio and video navigation, 180 degree rearview camera and a sleek matte black or matte white finish. The startup got its seed funding from Indiegogo and raised an unprecedented $2.4 million, making it the most successful wearable tech campaign of all time on the site.

It appears that after the CEO and co-founder Marcus Weller and his brother Mitch (operating as chief of staff) was removed from the company by the investors, the company has been rumored to be shutting down.

“I understand the burning question many customers are asking is: Will I get my helmet? The answer is yes.” – Martin Fichter

There has been no official statement from Skully on whether or not they are shutting down, but according to an anonymous source from TechCrunch, the company is going down in flames.

Their Twitter account was still operating business as usual on July 24th, Instagram was last posted to last week, but Facebook hasn’t been touched since June 4th. This may be nothing but a tactic to dispel the rumors that they are shutting down, but it does seem to raise a few red flags.

However, in an interview with TechCrunch over the phone, Weller said that it seems unlikely that Skully is shutting down.

“We were raising a Series B to continue raising capital but then we had a buyer…I’m almost dubious to this.” – Martin Weller

Multiple sources have said that the website is coming down, but as of the writing of this article the site is still operational.

There has been a change in the website however, when attempting to pre-order a helmet in any size or color, the system reports that it is out of stock. 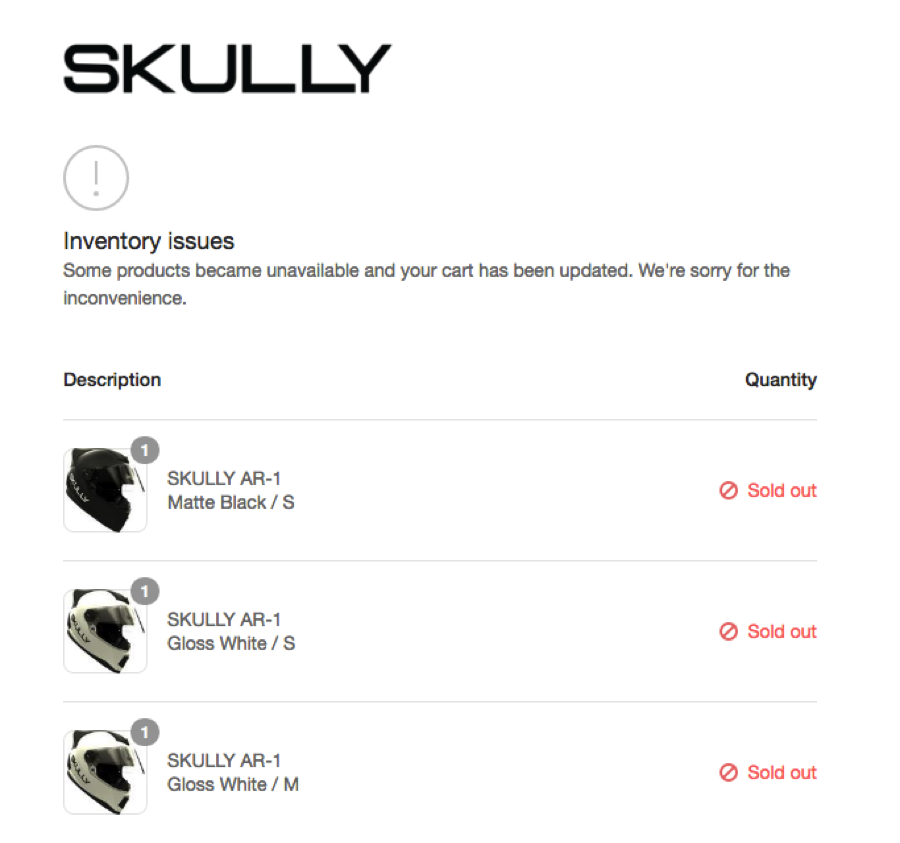 There is evidence that the company is suffering under its own weight of growth. With all the hype it seemed as if Skully could easily ship a product by its original ship date in May 2015. The date came and went however and thousands of people were left wondering if they would ever see their own Skully Helmet.

If the rumors are true, at least 50 full-time employees will be out of a job, the Skully manufacturer Flextronics will have some unpaid bills and over 3,000 people who pre-ordered a helmet may never get one.

Unfortunately for the backers, Indiegogo’s terms of service clearly state that funded projects do not guarantee a product for the investors. If the company is going down, they may never see their smart helmet or a refund.

However, it may be that this is just a drastic reduction of production and cost cutting measures implemented by the new CEO. The marketing VP Carlos Rodriguez has been quoted saying, that they are working hard to make sure everyone gets their helmets.

“The Skully executive team is working diligently on closing a round of funding so that we can continue to fulfill our pre-orders and delight our customers.” – Carlos Rodriguez, Marketing VP at Skully Systems

The changing of leadership can often come with drastic reduction of employees and product until things return to a less volatile state. According to one of the many anonymous sources offered by TechCrunch, the company had already burned through most of their $12 million in funding and were having trouble rolling out a final product.

It seems unclear what exactly is happening with the Skully AR-1 helmet. TechCrunch reports from anonymous sources that Weller botched an acquisition deal with the Chinese company LeSports and then left the company. Another source says Weller didn’t ruin the deal with LeSports and now that he’s out the deal will continue. Weller himself says that he and his brother were forced out of the company after investors didn’t like the LeSports deal he brought to the table, opting instead for an inside round.

Further complicating things, sources are claiming Weller is difficult to deal with and the board is shutting Skully down. Other sources are saying Intel Capital is going to continue funding Skully, however Intel denies this according to TechCrunch.

Another of the seed investors, Riverwood Venture Partners has remained silent but anonymous sources say that they may continue the funding.

According to TechCrunch, Weller hadn’t even heard the news that Skully was shutting down until they brought it to his attention.

All of this may just be an overreaction to the setbacks of a potentially successful startup, however the chance that we will never see a Skully AR-1 Helmet in stores is also a very real possibility. Until the confusion ends and the dust settles, keep your money in your own pocket and lets watch how this unfolds.