Fitbit is the leading wearable device fitness tracker on the market today, setting the standard for wearable devices with a wide range of tracking options, personal data analysis, social integration and a stylish look. With over 10M units sold in 2014 and on track to sell over 20M units in 2015, the company garners over 88% market share in the US. Fitbit is carried in 48,000 retail stores in over 50 countries, and the company’s goal is to be number one in market share internationally.  According to press reports, during the recent Holiday season, the Fitbit app was the most downloaded app on Christmas Day, pointing to soaring unit sales for Fitbit’s in Q4 2015. However, increased sales does not necessarily indicate Fitbit is the ‘best’. We’ve found there are at least 13 other successful fitness tracker wearable devices, each with their own tracking software and features, with varying price points and looks. So the question remains, can anyone challenge Fitbit?

Some of the key competitors to Fitbit are Jawbone, Garmin, and Microsoft. Let’s see how they stack up:

Jawbone has been the leading competitor to Fitbit for several years. 2016 serves to continue this trend, with specifically the Fitbit Charge HR vs the Jawbone UP3. According to recent press reports, Fitbit comes out ahead in design and price, while equal on heart rate monitoring, and Jawbone slightly ahead in sleep tracking. Similarly, at the high end, the Fitbit Surge comes out ahead in all areas vs. the UP4, Jawbone’s newest fitness tracker. However, with their new feature, making and receiving payments from the UP4, making Jawbone the first to incorporate this capability, only time will tell if it takes off.

Garmin has a vast product offering, targeting the entire market. Its latest battle vs. Fitbit has the vivosmart HR positioned against the Fitbit Charge HR, both at a price point of $150. Garmin offers several features that are not present in the Fitbit such as a watch, weather display, progress towards daily goals, and ability to swim. However, shortcomings such as a vastly inferior Bluetooth, a screen that is too difficult to read and a battery warning system that is simply too late, Garmin ultimately also falls short of Fitbit. Additionally, with 42 individual products targeting 14 price points, their product line can be confusing to the consumer.

Other wearable fitness trackers such as the Microsoft Band ($250), and the Sony SmartBand 2 ($130) are sold as stand alone products with few new features.  With little to incremental differentiating factors vs. the incumbent, it’s hard to imagine either Sony or Microsoft unseating Fitbit. At the very low end, companies such as Xiaomi have introduced sub-$25 products, such as the MiBand ($15 retail), and at the upcoming CES in Las Vegas, we would expect others to follow suit, but again there seems to be no little/no differentiators to get consumers to switch. 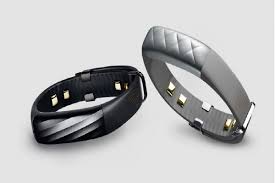 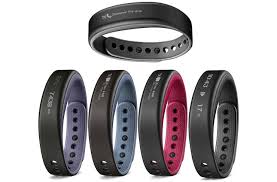 The company has created a social platform for its users that allows them to track fitness, compare data with their friends, compete in challenges and engage with others over its social platform. This is the secret sauce that ties Fitbit’s success together. While some of the other wearable devices have some of these capabilities, Fitbit takes it to the next level by adding a blog, fitness tips, quizzes and more. Additionally, the company’s “B2B” platform, Fitbit Wellness, has added over 20 enterprise customers including Barclays and other companies in financial services, healthcare, higher education, retail and technology. As this strategy takes hold, Fitbit will continue to develop its strong brand not only in retail but also in enterprise, a strategy its competitors are not pursuing effectively.

While there are challengers to Fitbit, none seems to have the complete vision, product offering or platform to challenge Fitbit, at least not in the near term (2016). Some of the competitors have certain elements that might be individually better, none can compare to Fitbit’s holistic approach to the “digital health” market, which is ultimately how the company sees itself. Fitbit was first to market, and created a product and brand that paves the way for other fitness trackers. Until another company can so flawlessly combine the elements of price, product choice and social interaction, Fitbit will remain in the lead.