Crowdsourcing is a modern business term coined in 2005 and is defined as the process of obtaining needed services, ideas, or content by soliciting contributions from a large group of people, and especially from an online community, rather than from traditional employees or suppliers. With the launching of Kickstarter in 2009 and its renowned success, the concept of crowdsourcing-or crowdfunding-has taken off and lead to the creation of millions of new projects. Products created by people with no means to make them happen, can rely on the community at large to help make their dreams a reality. Today there are hundreds of crowdsourcing websites, from Indigogo to gofundme, to places like 99 designs where you can crowdsource a logo for your business.

Now with HitRecord, you can crowdsource creativity

The company was founded in 2005 by Joseph Gordon-Levitt and his late brother Dan. They first came up with the idea as a way to receive feedback on their own personal projects, and later expanded it into a social media platform dedicated to collaboration on creative projects.Online these artists collaborate with one another to remix, change, add text (or subtitles), make jump cuts, write lyrics, draw beautiful pictures, make animations and much more.

HitRecord has an app available on the iPhone where users can upload, mix and generate new content just like on the web app. Having all the data stored online allows for the users of HitRecord to potentially have access to terabytes of content to use at their leisure.

The catch is that all content created and collaborated on HitRecord can be used by anyone else on the site. To protect artists and their work, they must be credited in the final product, and they must be paid for their contributions.
This crowdsourcing of creativity has lead to books, short films, songs and art pieces being created, but the crowning achievement (or at least the most widely recognized) is Joseph Gordon-Levitt’s TV show: HitRecord On TV, which you can stream via Netflix, Amazon Prime and iTunes. 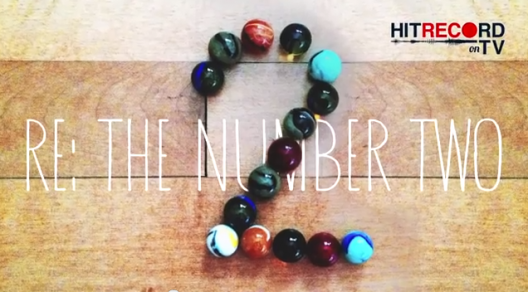 The show is centered around themes and collaborators from all over the world contribute to the theme with their own stories and art. The show was so popular that Season 2 is now in production, with a brand new list of themes and hundreds of new collaborators and artists.

As a technology, the social platform is impressive and inspiring. The possibilities are endless, and scrolling through the current projects leaves the user eager for more and excited about potentially creating something of their own. HitRecord is monetizing art and giving artists-and aspiring artists-a chance to be creative within a community eager for their contributions.