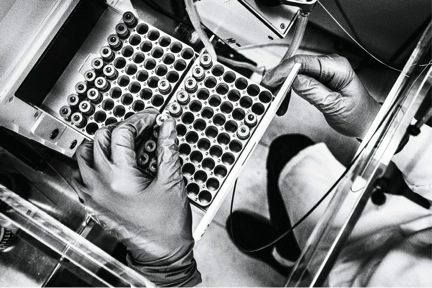 In the next part of our series of AI in Medicine (see part 1 and part 2) we are discussing the usefulness of AI technology in Drug development. For AI to be successfully used in any capacity it needs to outperform humans at a drastic level. So far we have seen how AI can outperform health professionals when calculating patient’s health risks and can outperform humans when monitoring health status. However, care itself is still administered by doctors, nurses and healthcare practitioners.

Artificial Intelligence is far better at crunching massive amounts of data and giving scientists the important information back. In drug development today, drugs usually take between 10-15 years to create, and cost up to $12 billion to make. This means that people dying of cancer now won’t get the medicine they need until it is far too late.

Berg Health, a biotech startup founded in 2008 with Silicon Valley venture capital backing, has a platform that allows them to use AI to calculate over 14 trillion data points to create a drug for particular illnesses. Berg Health uses big data analysis paired with AI in order to calculate the fast amount of data needed for drug development.

“We’re looking at 14 trillion data points in a single tissue sample. We can’t humanly process that,” said Niven Narain, a clinical oncologist and Berg co-founder. “Because we’re taking this data-driven approach we need a supercomputer capability.

Berg takes a sample of blood, urine and tissue from sick cancer patients and samples of the same material from healthy patients, then runs the data through a software program that calculates trillions of data points. All of that data is then delivered to the Artificial Intelligence network.

Berg has already had some success in the creation of a drug using AI technology. They cut the time in half needed to make the drug BPM31510, a cancer drug that will naturally help fight the cancerous cells and keep patients off harmful treatments like chemotherapy. The creation of drugs, the following trials and then the legal necessities to get them into court can take typically 14 years, in this case Berg expects the drug to go to market in 7. Not only has their AI saved 7 years, it has also saved billions of dollars. Phase 2 of the drug trials began this January, meaning it has already been proven to be effective on animal or cell culture tests and is safe to continue investigating in humans.

In partnership with Berg Health, University of Pennsylvania’s Chief of the Division of Informatics Jason H. Moore discovered five new biomarkers that could indicate glaucoma. Using their AI nHeaetwork, EMERGENT, they calculated over 600,000 specific DNA sequences and identified these valuable biomarkers. 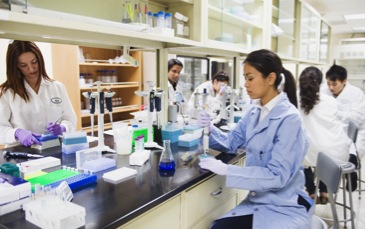 Berg is not the only company to be utilizing AI in Medicine for drug development. The company Atomwise has been using artificial intelligence to look for a cure for ebola. They set up the process by preparing a virtual model of the Ebola virus and set it against over 7,000 existing drugs for the AI network to calculate how the virus would react. This analysis would typically take months, even years for a human to do, but with the AI it can be completed in less than a day.

Once the AI evaluates all of the drugs, the most promising are sent for another round of testing against a modified Ebola virus to infect human cells. However, instead of infecting them with the virus, it simply turns the human cells green. If the human cells stay their natural color, then they may have not been infected, and the testing continues.

“If we can fight back against deadly viruses months or years faster, that represents tens of thousands of lives.”

With Artificial Intelligence making waves in the medical industry, we can be sure to see more of it. AI can cut the creation of new drugs in half, and (more importantly to investors) can cut the spending by billions. With Artificial Intelligence crunching 14 trillion data points, running countless simulations and making drug development cheaper, we are sure to see more advancements in the AI drug development sphere.