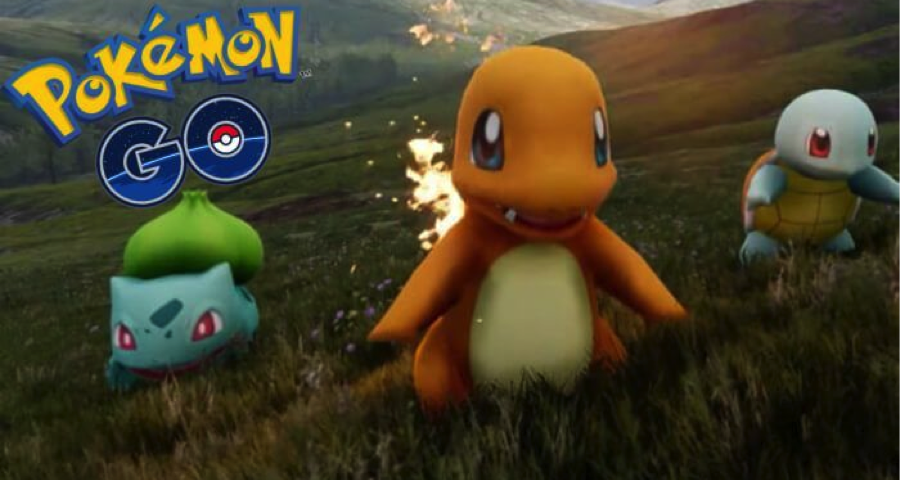 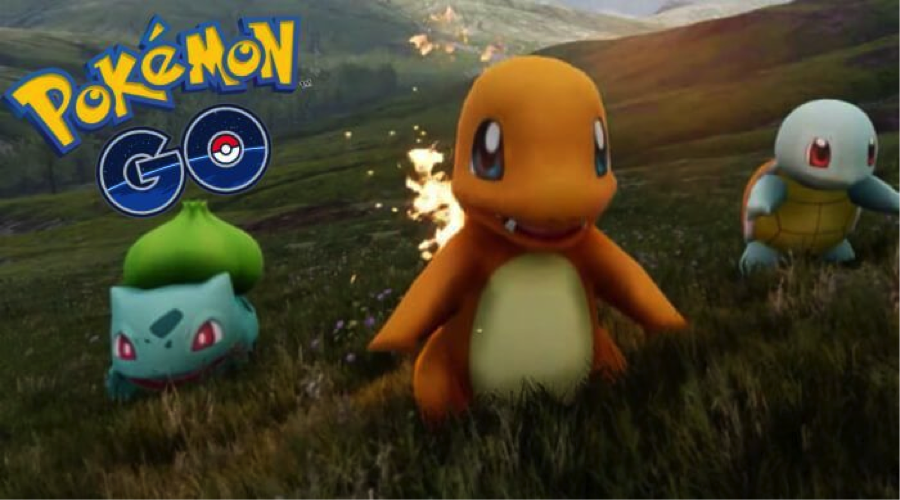 It seems the Pokemon franchise has risen from the grave to retake our hearts and minds in a new form, and that form is Pokemon GO.

Pokemon GO is one of the first, and arguably the most successful, Augmented Reality (AR) games on the market. The smartphone app can be downloaded for Android and iOS, and is just about to surpass Twitter in terms of daily active users on Android, if it hasn’t already.

Created by the company Niantic, the idea was originally a 2014 April Fools joke put on by The Pokemon Company and Google. Later one of the people behind the joke, Tatsuo Nomura of Google Maps, became the senior project manager at Niantic and 2 years later a beta version of Pokemon GO was released in Japan. Since then it has been released in Australia, New Zealand and the United States.

Pokemon GO uses the GPS and clock in your smartphone to detect where and when you are in the game. Similar to the Google Maps app, Pokemon GO, uses the actual streets, lakes, oceans and mountains to create a landscape that your personalized avatar can explore. When a Pokemon is nearby the smartphone vibrates and gives the user a chance to actually ‘catch’ the Pokemon by throwing a tiny virtual PokeBall at it. 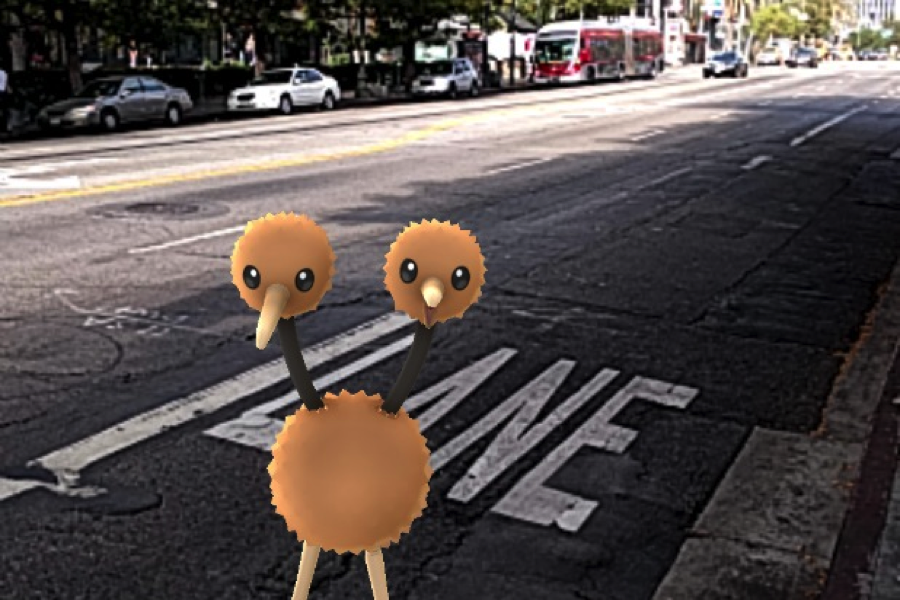 As you move around, different types of Pokemon will appear. Using the Google Earth location technology, the app will project water Pokemon near the water, grass or bug-type Pokemon in fielded areas and fairy or ghost Pokemon in the evening.

“We assign values based on whether there is a water body in an area — so a stream, a river, a pond — whether areas are designated as zoos or parks, or other kinds of mapping designations,” – Niantic CEO John Hanke

The idea is to get players out into the real world, encouraging players to travel and catch ‘real’ Pokemon. The game also has PokeStops, which are notable locations in the real world marked on your in-game map. These PokeStops give you Poke Balls and eggs that can hatch into full Pokemon. You can also attach lures to these places and lure extra Pokemon.

24 hours after its release, Pokemon GO became the top app on the App Stores
“Top Grossing” and “Free” charts. As of July 11th, it has an estimated 7.5 million downloads in the US and it brought up Nintendo’s share in The Pokemon Company by $7.5 billion in just 2 days.

Pokemon GO follows closely on the footsteps of another of Niantics very popular Augmented Reality games: Ingress. Ingress is an AR game that uses public art and historical landmarks as points in the game to be won by either the green team or the blue team. In a world wide game of capture the flag, users can submit requests for street art to become one of these points and then capture and protect them from the other side.

Pokemon GO has taken advantage of these points and is now using them as locations for the games PokeStops and gyms.

“The Pokéstops are submitted by users, so obviously they’re based on places people go. We had essentially two and a half years of people going to all the places where they thought they should be able to play Ingress, so it’s some pretty remote places.” – John Hanke

One of the ways the game is monetized is by the players ability to purchase PokeCoins with real money. The PokeCoins are the currency in the game that let players purchase candy, lures and other items to level up themselves and their Pokemon.

Although this game has taken the world by storm, their are a few downsides. There is a rather large battery drain when players are using the app. There is also the unexpected server load that the game has created, and many people are complaining that the game keeps crashing. John Hanke has said until this issue is fixed, they will not be releasing Pokemon GO in any other countries. 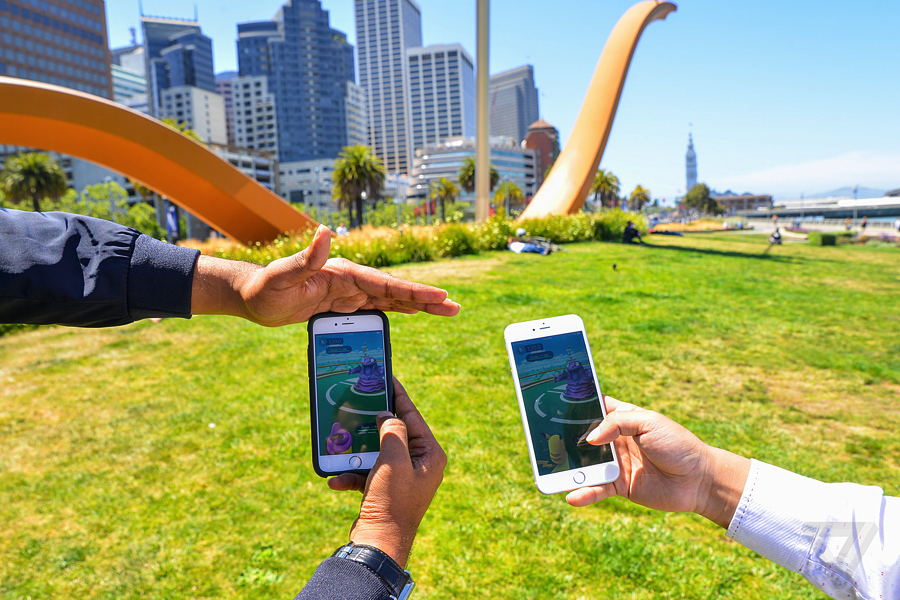 There are some data security concerns that have been brought up in the last few days. According to this source, some iOS installs of Pokemon GO require users to give the app full access to the Google accounts. This allows the app to access users Gmail, Google Drive files, photos and videos stored in their Google accounts. This has raised quite a few red flags and has prompted the Pokemon Company and Niantic to make some changes in the apps privacy settings.

Pokemon GO is undoubtedly the first AR game that has gone viral. Although there have been other small successes in the past, Pokemon GO has hit the sweet spot of targeting users nostalgia for the game they loved as children and combining it with the perceived magic of living in a world with real life Pokemon. The game is so popular that people are petitioning for a similar styled game for Harry Potter. The Pokemon GO type of game is going to push the envelope and force other game companies to step up their augmented reality platforms. With the game’s popularity being so universal, we can expect things to change on a daily basis.